You might be interested in
Tech Items That Could Improve Your Life
How to Keep Your Online Business Running Smoothly
5 Reasons to Play COD Mobile on Your...
The Excitement that the Harry Potter Murder Mystery...
Features of COM Express 10 You Should Know
Tips to increase traffic to your gaming blog
How to Make Your Lagging Computer Run Faster?
The Importance of Discrimination Training
How to transfer WhatsApp files from phone to...
Essential Items for University
Home Security Apps Top 5 Antivirus For Android Phones
Security Apps

We all need to keep a check on our android smartphone or tablets by installing anti-malware app, else the phone might suffer under the influence of corrupted apps and so. These top 5 antivirus for Android Phones that we are listing are one of the top-notch antivirus apps for the malware detection and prevention. 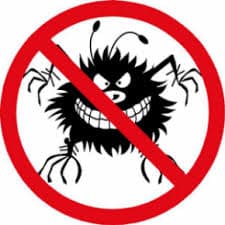 This app not only ensures the basic activity of keeping the phone away from the viruses and corrupt apps, but it makes sure to put into use some tweaks to bring our phone in the safe zone. This app has a feature of “always on”, which scans the phones and tablets periodically and keeps the corrupted and protect again any kind of discrepancy that could have breached the system. There are also features like Traffic Monitoring, Privacy Protection for storing sensitive information, Backup, Privacy Advisor for help identifying app permissions and more.

This app is considered to be one of the best anti-malware software for the Android phones and the tablets. It as been scored 9 out of 10 by several software testing apps, ensuring its anti-malware protection system to be nearly perfect. But the scope and the introduction of the features in the Avast Mobile Security and Antivirus as the most striking feature. The app has a free version is as good as many of the app’s paid version, but the full comprehensive version of the app provides options for rooted phones, customizable blacklist and extends up to being a privacy advisor. The app is user friendly wit well designed user interface.

This app is no Angelina Jolie but it is definitely no less than Lindsay Lohan. Thus, it is again one of the best rated antivirus apps for the android apps for phones and tablets. The attractive features of the app stand as being light, powerful, beautiful and understandable user-interface and fully featured. This app boasts of having a stupendous malware protection and incredible privacy protection that is incorporated and blended with the anti-theft feature of Android.  There aren’t any scheduled malware scans as such and also there aren’t any freemium options, meaning that the Android phone app only checks for only malware for Bitdefender Antivirus. The further use of any utility requires the installation of Bitdefender Mobile Security at $15 a year.

This app basically deals with virus protection and cleaning up the android device and boosting the speed of the phone. The combination of the three of them not only keeps the corrupted apps away from the phone, but it also keeps the speed of the phone in check without hanging. The scanning is done in real time by looking over installed apps, apps to be installed and the contents present in the memory card so as to check if we do not store any harmful content  and also deleted junk files, cleaning up the memory with just a tap. The APP manager keeps a check of the app that is no longer used and these are either stored on the memory card for future use or uninstalled. Even anti-theft features have been introduced.

If the main concern that you have for your android is not anti-theft or so, this app creates a big time opportunity for you to use the set of tools that protects your phone from the malware and any kind of infected apps. The app reports to malware, virus, spyware, Trojans or ay malicious code that might affect and interfere with the normal functioning of our system.
One of the smartest feature of this app is the presence of privacy manager that gives you an analysis over your apps by breaking down the privileges and security audit to show any vulnerability to the device and recommendations to fix the same.

So, it is true that we have in many antivirus apps in market but there are only few ones that are truly free and serve to their purpose.

Apps To Help You Manage Your Time And Get Work Done

Tips for Downloading Mobile Security apps on your...

Apps That Help Protect Your Business And Technology

Protecting Your Mobile Phone From Malware

What To Look For In A Mobile Antivirus...