You might be interested in
4 Types of Highly Profitable Apps
Step by Step in Learning How to Start...
Top 4 Tried & Tested Ways to Grow...
How Cloud Computing Services Will Influence Your Business
Gold Investment Opportunities: Should You Use Them &...
3 Tips For Learning To Play A New...
Advantages of Content Marketing Services for Brand Loyalty
3 Ways To Use Technology To Better Your...
Small Business Tech Trends of 2022
5 Ways AI is Changing the World
Home Android Games Simply The Bird – The Addictive Android Game
Android Games

Simply the Bird is an excellent Android game. It looks as if you are playing Flappy Bird game but it is more addictive than anyone can imagine. I recently came across several Android games but this one is pretty interesting. This certainly looks different with beautiful tweaks in some places. 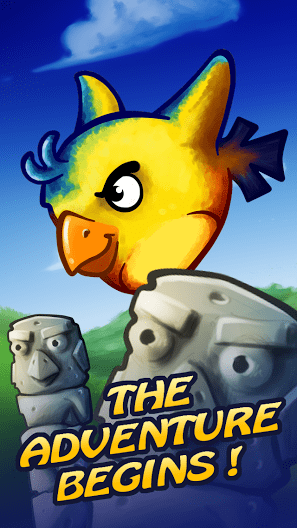 I rather feel this game is pretty easier than the other games that look like Flappy Bird. The important thing which need to be specified is the user can take revenge if he fails for 10 times. You may ask this revenge is on whom? It is on the Bird itself. Users can enjoy 6 different types of revenge on the bird.

One can start downloading and installing Simply The Bird Android Game from Google Play Store. It is just 18 MB game which gets easily installed in the smartphone. It requires the phone to have Android 4.0 and up running. Before one start to play the game make sure the phone is fully charged because you will start to be addictive with the game and will not come out of it that easily. 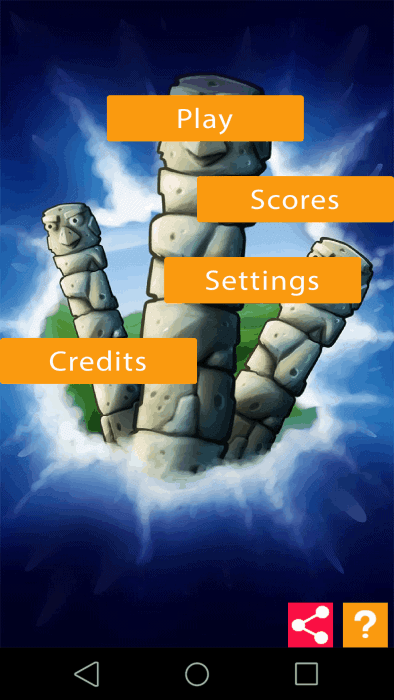 This game is extremely addictive and fun! It’s got that classic pixelized backdrop which looks really good. Takes up less space and doesn’t freeze a bit. Graphics is been pretty clean and simple. User Interface is pretty easier that needs no explanation for the game to play.

Once the game is started you will find 4 buttons on the screen:

Click on Play and it will start showing some introduction. It will tell that your friends are taken by other mean birds and it challenges us to get them back. One can even skip this part of introduction and proceed straight into the game. 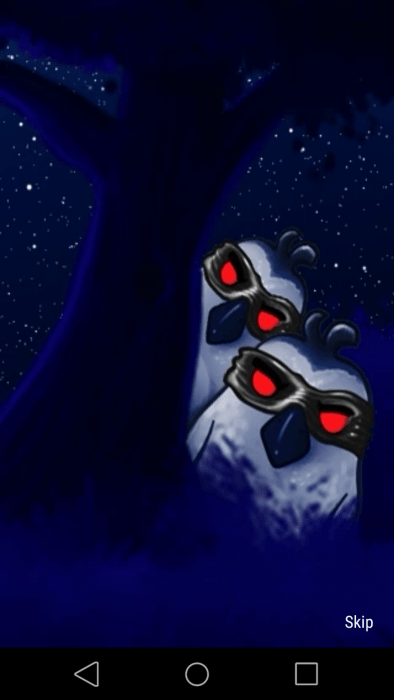 It is always about the user tapping the screen so that the bird will not hit the pipes as it keeps on passing one after another successfully. 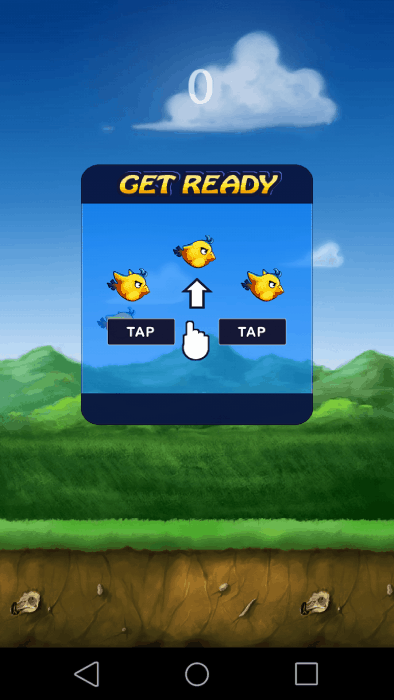 Once the game is completed it will show the screen with how many points the user got in each level. He can even navigate to the Menu part and settings at this point of game. It will also show the best score which can be shared in social networking sites. 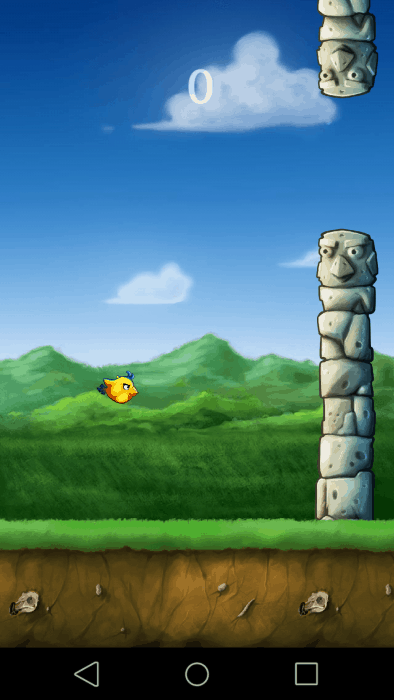 Once the user falls down 10 times then he gets the chance to take 6 different types of revenge. As we keep playing the game the graphics of the game also keep changes in the background. After the user reaches a score of 500 then he can escape from the prison and set the bird free. 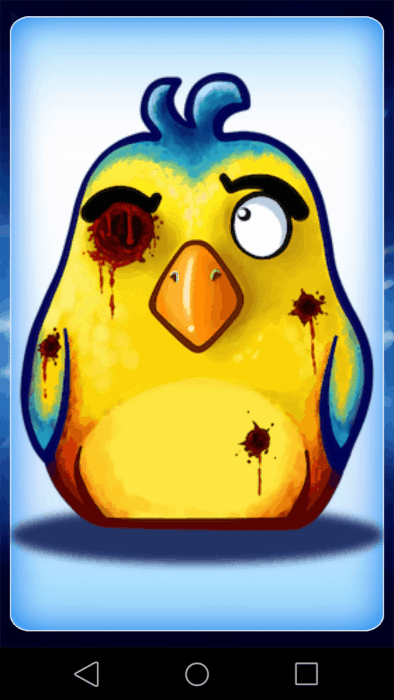 Overall the features and the speed of the game are pretty impressive. The changing backgrounds are added attraction to the game with decent sound effects. Great detail in the design

– Simple one touch controls: touch to flap the wings
– Easy and fun to play, but a challenge to fully master
– Stunning graphics and beautifully detailed world comes to life on Android

Some people say that this is a rip off of flappy bird and the same thing and they are right about it being the same but it’s awesome because i wanted to get flappy bird but when it was taken off the play store and this game is far better. This game is better than Super Mario World! That what makes me happy is the LARGE pipe holes! This is the most awesome game ever I had it on my tablet. This game is so addictive yet so fun some people get mad over it but i think its cool. Who ever came up with this is a genius. I couldn’t believe how fun this game is when I started seriously. Everyone loves to hog my phone to try to beat my high score. You gotta try it.

The Excitement that the Harry Potter Murder Mystery...

Tips to increase traffic to your gaming blog

Tips How To Never Pay All Price for...

5 Epic Android Games You Can Play for...

Is It Possible To Enhance Your Gaming Experience...

Buying the Best Gaming Accessories for Your Computer...