You might be interested in
4 Types of Highly Profitable Apps
Step by Step in Learning How to Start...
Top 4 Tried & Tested Ways to Grow...
How Cloud Computing Services Will Influence Your Business
Gold Investment Opportunities: Should You Use Them &...
3 Tips For Learning To Play A New...
Advantages of Content Marketing Services for Brand Loyalty
3 Ways To Use Technology To Better Your...
Small Business Tech Trends of 2022
5 Ways AI is Changing the World
Home Apple The Differences between the Apple and Google App Markets
AppleTech Tips

The Differences between the Apple and Google App Markets 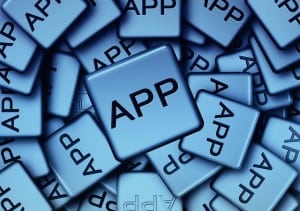 This is not a simple answer, because both markets are becoming increasingly more similar. However, there are some important differences that people can consider when choosing a market for their app. Knowing these differences can help anyone’s app be more successful and reach the right people. Here are some of the differences between Apple and Google app markets today and how app developers can use that information to become more successful.

Apple users tend to be older and less technology savvy

Apple is focused on simplicity. Therefore, older people or people who are not used to technology often gravitate towards Apple. People who are developing apps that are focused on simple, easy-to-use design will have a lot of success on the Apple market, but complex or otherwise original apps might get lost.

Android has a broader reach

Even though Apple markets have been around longer, the Android market is seeing more worldwide reach. There are more Android products available around the world, and because these products are often more diverse, people living in countries outside the US tend to prefer them. To get global recognition, an app should be marketed on Google Play.

Apple tends to thrive on exclusivity. Everyone wants to have the next Apple gadget not necessarily because they are better, but because of the exclusivity of their products, which can only be used with other Apple services and products for the most part. This means that there are more paid apps on the Apple market, therefore, people who want to make the most money possible should consider Apple over Android.

Android apps can be used on more devices

Because Apple likes to maintain exclusivity, Android is thriving on being all-inclusive. Android is often more versatile and can be used easily on a variety of platforms and technologies. This also continues to prove that Android has a more expansive reach. If an app developer wants to simply get as many downloads as possible, they should first try out Google Play.

Apple has more experience in the app business

Despite all the advancements other markets have made, Apple will always have a slight advantage due to sheer time in existence. Because Apple has more experience in the app world, they will be able to create new methods and streamline more easily than any other market. This is an important fact to remember if a person wants to maintain their app on the market for years to come.

8 Ways to Print from Your Mobile

How to Choose the Best Mobile Apps

5 Ways AI is Changing the World

Don’t Make These Mistakes When Hiring a Software...

What Are Different Pharma Cybersecurity Breaches to Know...

How to Make Your Lagging Computer Run Faster?

How to transfer WhatsApp files from phone to...

Home automation-It is more than security

Rotate Your PDF With Gogopdf Quickly And Conveniently